I saw Ken Beauvais at Refresh Miami events, at NewME’s Pop-Up Accelerator and at a Demo Day and hackathon, all in Miami. But what is unusual is Ken didn’t just trek from West Kendall or even the far north — Boca Raton — to get here; he traveled all the way from Fort Myers. What I found out is that Ken, who always seemed to be wearing a tie, traveled to Tampa, Orlando and other areas as well, sometimes attending back-to-back events. He’s slowed down his travel schedule, he told me, to concentrate on his startup, ArCEOns and on helping to build a startup ecosystem in his own city, but I’m sure we’ll be seeing him pop up from time to time! I asked him if he would write about his observations of Florida’s startup communities. Here is his report: 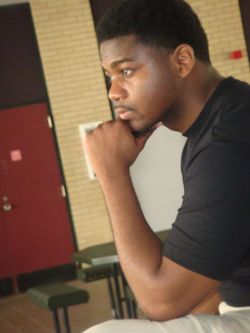 Ultimate Startup Road Warrior? Maybe! What I can say is traveling to the different cities, meeting people, talking about ideas, entering competitions, speaking to audiences and listening to speakers was definitely an adventure.  If I only count startup-oriented events/meetings in Florida from as north as Orlando to as south as Miami, in a year’s time I attended over 30 events, Some were attended by less than 10 people and others drew well over 1,000, however, each event uniquely added value to my journey.

The reason I started this journey was because it seemed that Southwest Florida as a whole didn’t have an ecosystem for a tech entrepreneur. It looked like all the events, talent, investors, networking opportunities and other things that a startup needs to thrive were everywhere but Southwest Florida (specifically not in Fort Myers). I will explain later why this is not necessarily the case.

The three main cities that I traveled to find that tech entrepreneur ecosystem were Orlando, Tampa and Miami. I also made stops in surrounding cities like Deland, Sarasota and Fort Lauderdale, which also had great events. My journey didn’t go in one direction; it was more of a zigzag, back and forth scattered brain approach. In some ways it mirrored a tech startup. We often pivot in different directions before we set our hearts on a final destination. Being flexible and agile is essential. While the final destination is always important; the actual journey and the roads we take is what holds the valuable substance. 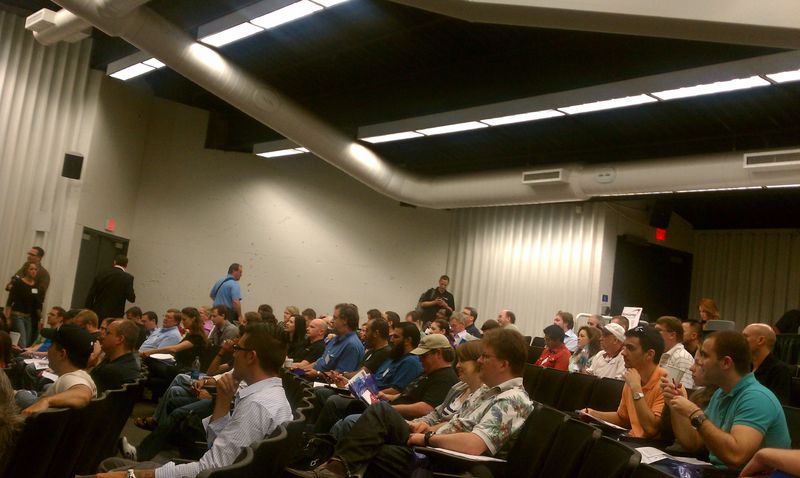 Let’s start with Tampa. Some of the events I attended included Start-Up Weekend, CodeCamp, BarCamp and a Tampa Bay Technology Forum workshop.  CodeCamp and BarCamp (pictured above) was a co-located event at the University of South Florida. I had the opportunity to learn more about jQuery/jQuery Mobile. I presented about the future of social ecommerce and titled it “Shopping in the Matrix”. I listened to talks about law, business, technology, education, startups and so much more.

One thing that stood out about Tampa was that I met an overwhelmingly amount of consultants. If you are looking for advisors/advice in Tampa, go ahead and hit the easy button. I can’t vouch for all of them but I did get some great feedback and advice about my startup. On the other hand, the best takeaways had a lot to do with the emotional mindset of an entrepreneur. Let me give you one example. The very last session at the Tampa BarCamp was an open discussion with Peter Radizeski and Antony Francis. Peter mentioned that there was a point in his career that he knew that he should be charging his customers more for his services but was reluctant to raise his prices. This could have been for several reasons ranging from fear of losing customers to fear of change.

The good news is, with the help of his advisors, he was able to change his mindset. A lot of us have been or are in that same situation. We are so used to what we always got paid, what we always did and don’t realize that we may be worth more. He ended the story by saying “Money is a good thing, take more of it.” As an entrepreneur raising capital for a startup, I was able to relate. If you don’t think you or your idea is worth much, investors won’t either.

Although I haven’t raised the money needed for my startup, having the right mindset is a good start.

There is a lot of interest in startup and tech events in Tampa and they had impressive turnouts. I didn’t run into any of the successful (obviously relative) startups in Tampa.  However, I did meet tons of smart talented people with great ideas. Soon we will hear more buzz coming from the Tampa startup/tech scene. 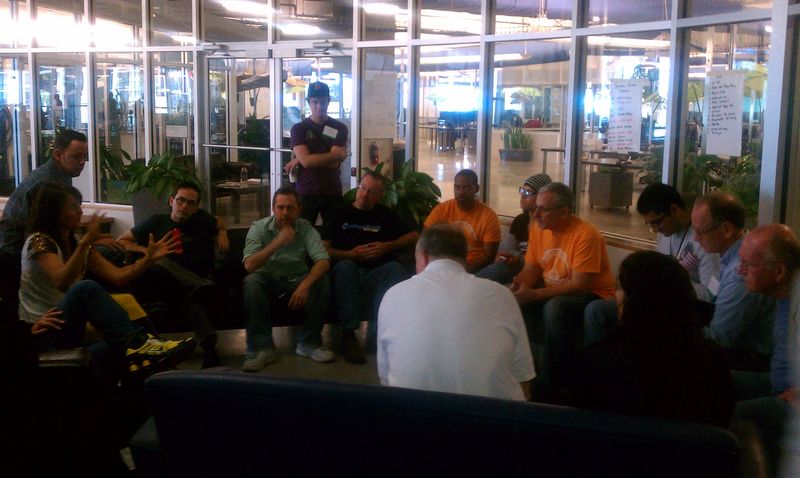 I also attended a Startup Weekend in Orlando (pictured above). This was by far the most organized event I attended on my journey.  The organizers even had daily meetings to see if they could add additional value to our experience. They made us present so often we thought that we were ready to say our pitches backwards. There was one organizer who went above and beyond.  Ron Ben-Zeev continued to check back with us to make sure we were on track. Even after he gave us some amazing business strategy advice and we told him we were ready, he said “in the words of Mike Tyson, everybody has a plan until they get punched in the face.” And boy was he right; we were not ready.  Don’t get me wrong, collectively we were a talented team working on an exciting app called Happy Wife Happy life. But we were surprised by the criteria that the judges used when picking the winners.   The easy thing to do is blame the organizers for getting “weird” judges… lol.

However, when you think about Ron’s quote from Mike Tyson  you really want to put things into perspective. I am a big boxing fan and know that sometimes the great boxers will tell their opponents what they are going to do and do something completely different on fight night. What usually happens is that the opponents will end up training just on what they were expecting. Unfortunately, all that preparation didn’t mean much during the fight, because they forgot to focus on their own weaknesses. And as an entrepreneur you realize you have a bad plan (sometimes just the wrong plan) when you get punched by the one(s) you didn’t see coming. Frequently studying the judges, investors, pitch criteria, competitors and even your customers is not enough. You have to work on every aspect of your business to be well prepared. And when you are done, plan for how you are going to get back up, if you do get knocked down from a punch.

I didn’t attend many events in the Orlando area but one thing that stood out was people are willing to travel to Orlando.  Orlando was the only city that I lost the “who traveled the furthest competition”.  It may be because there are a lot of revenue generating startups in Orlando. In my opinion, one of the hardest parts of a startup is getting to your first dollar, and Orlando startups are moving in the right direction. 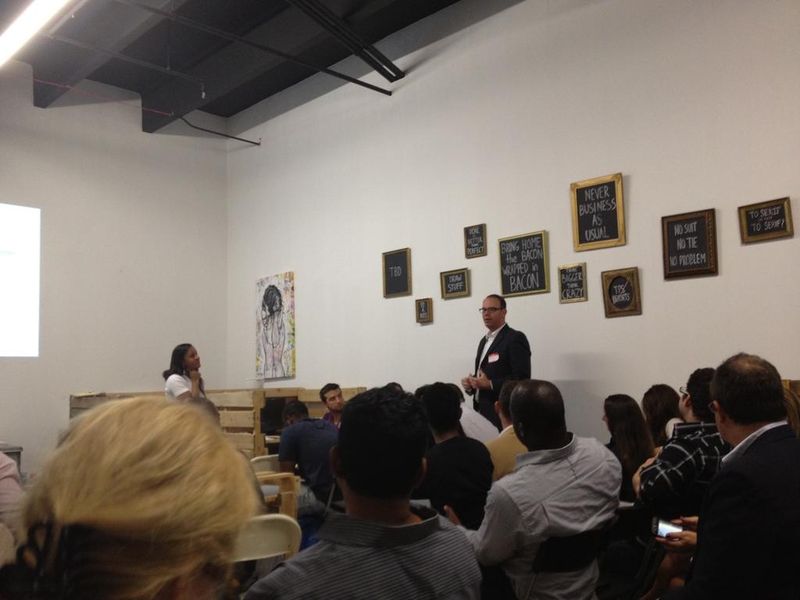 The same reason that people love the Miami party scene is why I love the Miami startup scene. It’s the excitement.  I feel like Miami is the place to be for most startups that are looking to stay in Florida. I am not saying that the other locations don’t have the momentum and opportunity; however, the Miami area feels like home. What stood out about Miami were everybody’s genuine and proactive personalities.  They kept inviting me back, sometimes even to private and/or invitation only meetings.

Two great examples are Stonly Baptiste and Pabla Ayala. After I met Stonly at a Hackathon (we worked on Scheduly together), he often goes above and beyond to let me know about events and introduce me to people in Miami. Pabla was the person that finally convinced me to use Twitter and it’s mainly because of her personality.  She calls herself a media whisperer but she really screams anything that has to do with tech and startups.

Some of the events I attended in Miami were the Incubate Miami Demo Day, Miami Tech Talk, AT&T Hackathon, NewMe Pop-Up Accelerator (pictured above), Refresh Miami events and FundingPost events. The NewMe Pop-Up was a condensed sample of the 12 week program in San Francisco. The excitement during that three night event is a testament to what Miami will be.

During the event, Brian Brackeen was our coach. He gave us some remarkable advice on business structure and positioning.  In the beginning I thought we were getting ready to do another pivot, a term used very loosely in the startup scene, but in reality we were redefining our product/service for the correct target market. When we got back after updating our positioning -– based on his advice — he said “If you guys were able to do all that in a couple of hours in a restaurant, someone needs to write you a check.” That might not be verbatim, but his point was that if investors see your efficiency and resourcefulness at a bootstrapping level, they will be more curious to see what you will do with
their help. 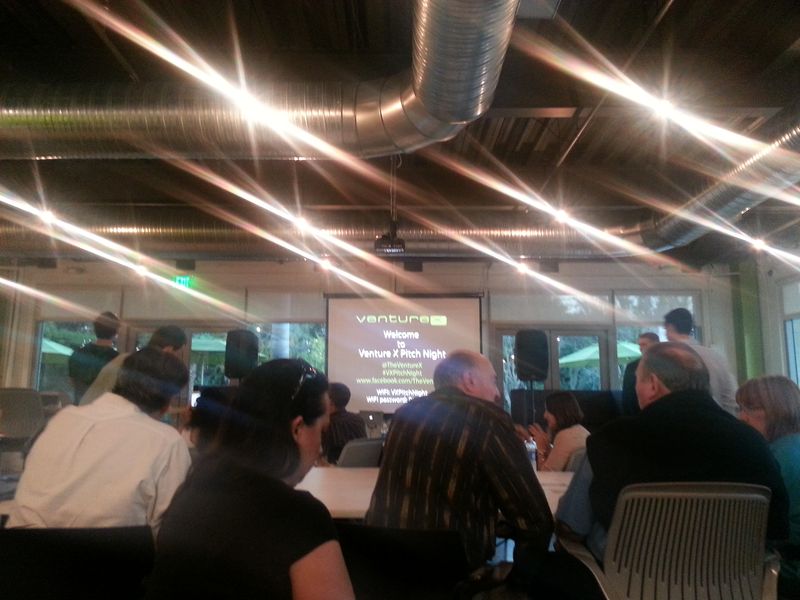 A part of me wants to bring those great characteristics that I see everywhere else to Fort Myers. The crazy part is what I was looking for is already here. However, the best way to grow the Southwest Florida startup ecosystem might be to do it organically, and I hope to be a driving force to improve what we already have and add some synergy.

I have come a long way from being that one lonely entrepreneur and started attending more events in Southwest Florida. Some events I attended are BarCamp, Entrepreneur Society of Naples meeting, Gulf Coast Venture Forum Kick off meeting, Naples Young Professionals meeting, Southwest Technology Regional Partnership events and VentureX Pitch Night (pictured above).

Brett and David Diamond, the founders of VentureX, are doing a great job creating a hub for entrepreneurs in Naples. A recent event, The Pitch Night, demonstrates that the talent, investors and networking opportunities are here in Southwest Florida. I estimate that over 90 percent of the attendees were local residents. If we (Southwest Florida) continue to feed the entrepreneur ecosystem with great events, showcase our talents and partner with businesses/investors, we will be
a great startup scene destination in no time at all.

One common trait among the different cities was that the people did what they could, with what they had, where they were (paraphrase of Theodore Roosevelt). And I plan to do just that. Ultimate Startup Road Warrior!? Maybe! You decide and let me know. I met some great people, won exciting things, had a lot of fun and most importantly I learned. What did I learn? Be yourself, be a sponge and have some fun.

If you have any questions about my journey feel to reach out to me on twitter @KenBeauvais. Also, you may hear more from me soon; this article has inspired me to start working on a blog. Thanks Nancy for your pro-activeness!

Ken Beauvais is an entrepreneur, internet visionary and motivational speaker.  He is the founder of ArCEOns, a web app that focuses on being in the very center of what you buy, sell and advertise.

We're not around right now. But you can send us an email and we'll get back to you, asap.